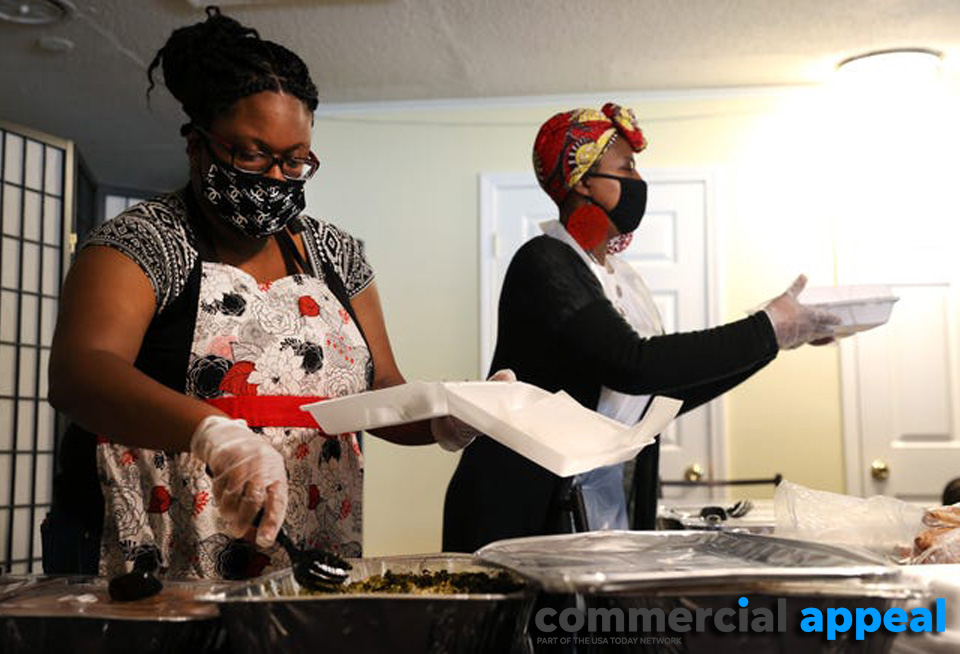 MEMPHIS, Tenn. (Memphis Commercial Appeal) – One man’s diagnosis led to dozens of Memphians getting free, healthy food in parts of the city that lack grocery stores and restaurants.

Austin Avery launching Healthy Frayser and The Original Project came when Austin was diagnosed with polycystic kidney disease. After that happened, as he says it, “my wife went crazy.”

The Original Project [Team] is an organization that builds sustainability hubs. In Memphis, they’ve built [aquaponic] greenhouses, composting and participate in food rescue — getting leftover unused food from restaurants and distributing it to those in need. Thus far, they have [one] sustainability hub in Frayser.

In November, the organization expanded and launched a weekly meal program in a Frayser mobile home park — Redwood Estates — giving away free, healthy meals to residents and anyone who wants one on Friday afternoons and evenings.

“We’re giving you the opportunity to come out here and have a healthy option to take home to your family regardless of financial issues,” Reesie Avery said.

Reesie Avery noted that many residents of the mobile home park and nearby neighborhoods are working parents and, when they come home, they may just need a break from cooking. And, rather than have them get take-out or buy something at the convenience store, the cafe offers a healthier, free option.

Austin Avery said, “Normally if you’re in this area, you’re in a food desert… That means you don’t have access to healthy nutritional foods so what we are doing is we’re overcoming and helping break down some of those barriers. Number one, is transportation so we set up in the middle of a mobile home community…. Number two is money. We’re giving it to them complimentary because our gracious partners and local restaurant and food donors are giving it to us.”

When the healthy [Frayser] neighborhood café opened, dozens came. Some, such as Oscar [Tunstall], drove from as far away as Orange Mound.

[Tunstall], 72 and a Vietnam War veteran, has high blood pressure. Through his insurance with Christ Community Healthcare, he can now receive free meals at the Frayser café.

“This is a good thing,” [Tunstall] said. “If they could expand it from here,” that would be great, he said, noting the need in Orange Mound.

Future expansion plans are on the Averys’ minds and plans are in the works.

“We pinpointed five zip codes that were food insecure and now we’re just going down that list. We wanted to make sure that when we came to Frayser that we did it in such a way that it was sustainable. I think we met that goal and I think we’re at that point now, and the model is replicable, right, so now we’re thinking about going to the next zip code, which will probably be Orange Mound,” Austin Avery said.

Samuel Hardiman is a Reporter with Memphis Commercial Appeal.

He may be contacted at https://www.commercialappeal.com/.

Get to know us

For media-related inquiries such as interviews, press releases, and media kits, please contact us.

Please confirm you want to block this member.

You will no longer be able to:

Please note: This action will also remove this member from your connections and send a report to the site admin. Please allow a few minutes for this process to complete.

You have already reported this
Clear Clear All